Skip to content
ABOUT
Sometimes
when I am working
in the fields,
I reach down
and get a handful
of good clean dirt.

It feels warm
in the palm of my hand.

I let it dribble
through my fingers
and I feel as if
I had just
shaken hands
with all my ancestors.

Our Rodgers family history reaches six generations back in Napa Valley, Sonoma, and Solano Counties. Our forbearers were Portuguese sailors, dairy farmers, entrepreneurs and community builders. They were propelled by faith and perseverance. This is the history that shaped our present.

Today, we focus our attention on cultivating some of the finest wine grapes Napa and the world have to offer. We are as proud of the fruits of our labors, as we are of the wines crafted with them by our partner producers.

Here, we invite you to scroll through the history of our family to better understand the grapes that source many fine Napa wines.

Descended from Portuguese Sailors, we were planted in Napa, Solano and Sonoma counties to thrive in farming and ranching. Over the generations, we raised cattle, established stores, ran a dairy, and opened a bottling company. We even had a grandmother who was the namesake for a type of soda. This rich heritage comes to us in writing left in our grandmother’s childhood home, as well as through our genes. One letter said, “This business that we are turning over to you was the trunk from which sprung all of the other businesses we have today. May God Bless you and your family with this business I am passing to You.” These were the words of J.M. Rodgers, a great businessman, who taught us about hard work and tenacity.

Here is JM Rodgers speech to his family, given in the 1950 ’s. It chronicles a moment from his father, Manuel Rodgers’, trip to America.

Frank and Annie and Family, Brothers, Sisters, and Friends, I am thankful that God has granted me the privilege to be here present at this grand occasion. I have been asked to say a few words that might fit this special occasion, so, I will endeavor to reminisce along the trail of life that will take us back many years.

First of all, we have just passed a day of Thanksgiving. Yes, we should render thanks to God that our parents had the courage to come to this country and help to give birth to this great United States of America. Yes, it took courage to leave their parents, their homes, knowing full well that many of them they would never see again.

First, I want to take you back to a story told to us by my father. He left the Island of Faial, not by airplane or on a leisure ship. No, he left on a little whaleship with 18 other young men. They were at sea only about a week when they ran into a terrific storm which lasted three days and three nights. Early the third morning the storm went down and the sea was calm. Then they ran into a terrific fog. The men were all asleep on the stern of the boat. My father was on watch. He heard the noise of a ship coming toward the little boat. When the captain of the large ship noticed the little boat he swerved to the right, trying to miss the little boat, but it was too late. The huge ship clipped the front of the little boat, the ship was out of sight before it stopped. At last lifeboats appeared and saved the whole crew. The men lost what little clothes and money they were bringing. They landed in New York without a penny. However, these men had the courage to tackle the toughest kind of a job and most of the men had a job the first day they landed. These were the type men who pioneered this country and made it what it is today. When their sons and daughters came along they did their part to bring the standard of living to what it is today. 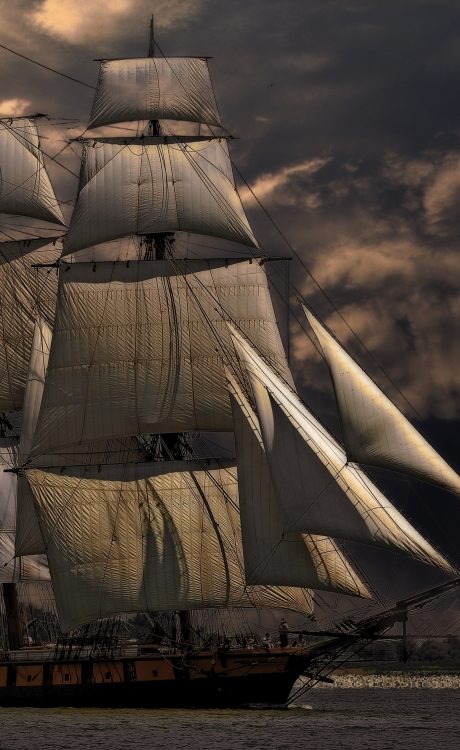 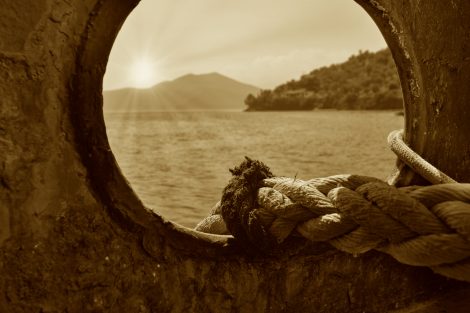 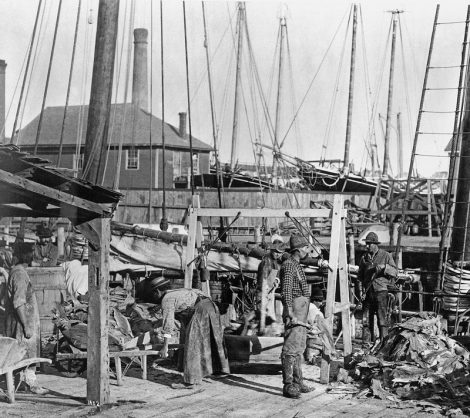